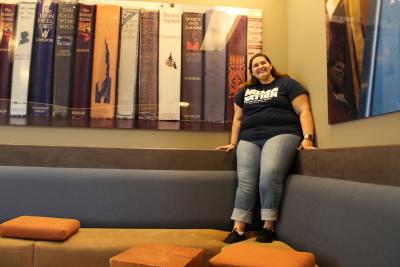 Most of the Student Center artwork was chosen through consultation with interior designers who were responsible for the aesthetic design of everything from the wallpaper and paint colors to the furniture in the building. The hope is that the artwork will inspire creativity in all students and members of the campus community as they view works created by professional artists. Many of the pieces found in the Student Center were made custom for the building and Sonoma State University.

Aurora II: Redux was designed by Sonoma State alum, Catherine Daley (‘13) and is mounted over the main entrance to the Student Center. Ms. Daley says of the piece, “Aurora II: Redux references the aurora borealis' curtain of light and is a second in a series of works stemming from the original Aurora #313. The piece is composed of three reductive riverine shapes and also alludes to music. Before creating my Aurora series, I sketched out designs while watching videos of the highly charged electrons from solar winds interact with elements in the earth's atmosphere, thereby creating the aurora borealis. It was originally shown at the SSU Library Gallery in 2014 and has been re-configured for its new home.”

Above the grand staircase is an untitled kinetic sculpture created by Dan Benedict of Benedict August in Fullerton, CA. This installation is comprised of a grid of vertical rods, which replicates the rise and fall of a wave forming a singular motion. This unique installation creates a peaceful atmosphere for students as they travel around the building.

In the Living Room, there are custom photographs of Sonoma States' own extensive Jack London Novel Collection. A node to our Seawolf mascot, the Seawolf, is a mythical creature based on Jack London's novel, The Sea-Wolf.

The Pool Cue Rack is located in Lobo's pizza and pub and was created by Derby Kinetic. The Pool Cue Rack is mounted to the wall and is a machine that involves a reservoir for pool balls, which are released by turning a crank mechanism. Each pool ball is released through a short track by a spring-loaded component dumping each ball through a latch for easy access giving pool players a fun and interactive start to their game.

The Great Wall of China is an installation comprised of various flatware samples hung on a bright green wall just past the entrance to The Kitchens. Erin Benedict of Benedict August conceptualized the work and this was manufactured by Derby Kenetic.

Faces of SSU is an annual project at Sonoma State University, in which students are recognized for sharing their unique story and their on-campus leadership and contributions to the Seawolf community. Through this project, the nominated students share their stories through written narratives, photo, video, and digital campaigns. These stories reflect on their individuality, campus involvements, and experiences while studying at Sonoma State University. The Faces of SSU poster boards are on display on the 2nd floor of the Student Center in the hallway next to the University Store. Come learn more about the Faces of SSU and read their stories. 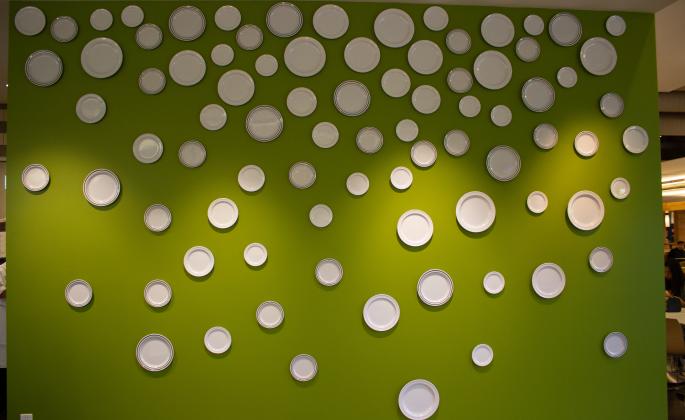 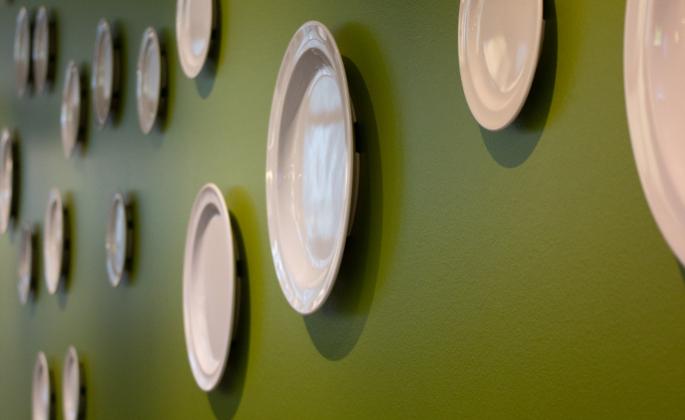 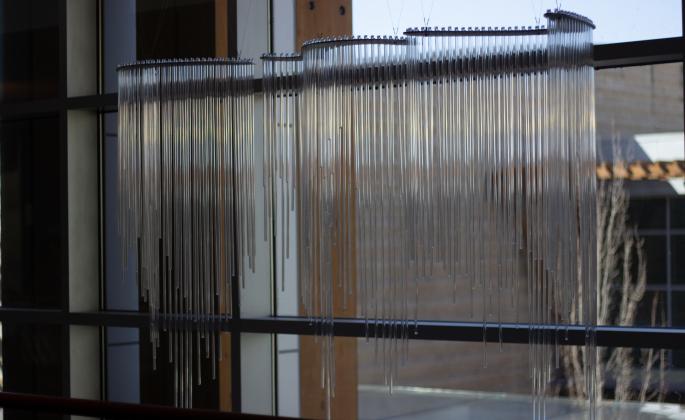 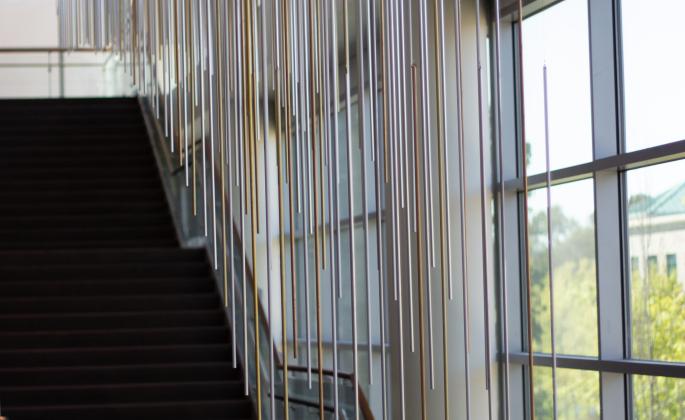 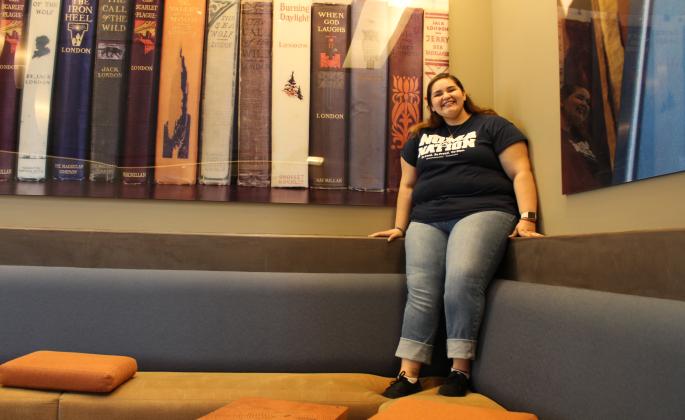 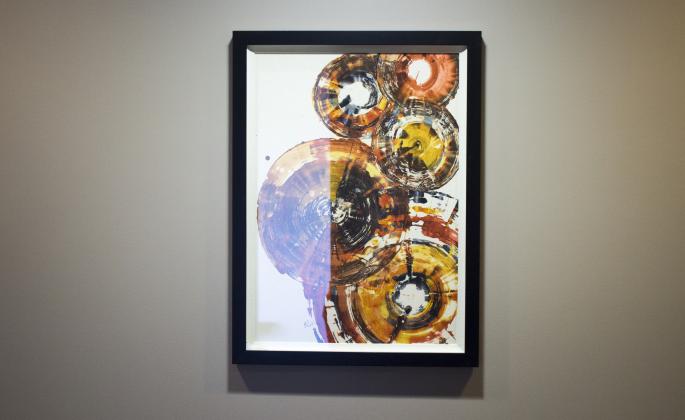 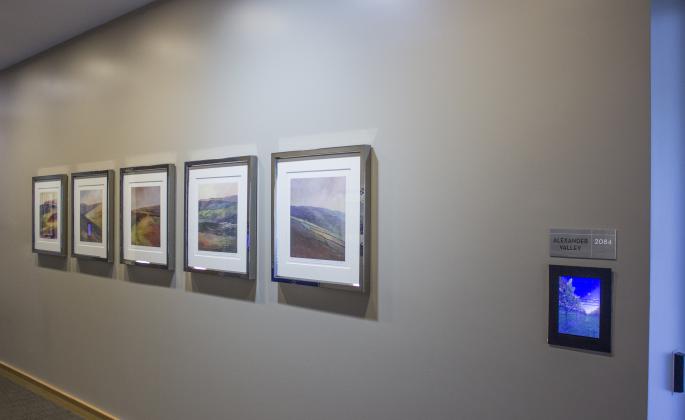 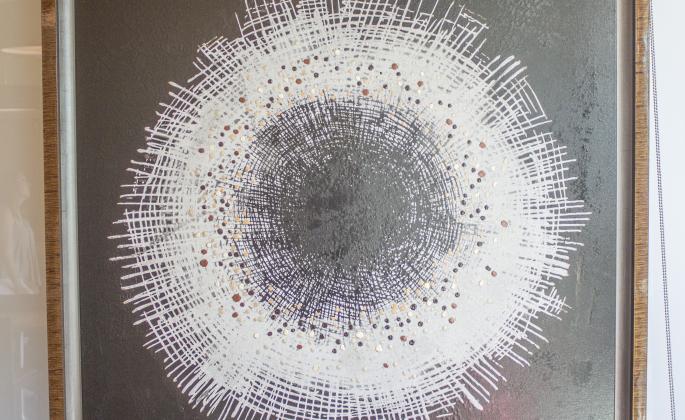